Description: 42 - 50 inches. Timber Rattlesnakes may be a brown, tan, gold, or gray, with black bands or chevrons down the length of the body. The head is shaped like a spade, and the eyes have vertical, cat-like pupils. There is usually a rusty brown stripe running down the center of the back, and the tails is usually black with a velvet like appearance and a light colored rattle on the end.

Comments: Restricted to southeast Minnesota, the timber rattlesnake is rarely encountered unless actively searching for it. This species is protected in Minnesota and should not be approached or killed. A single roadkill individual was found in southern Washington County in the 1980s; no known populations currently exist in Washington County. 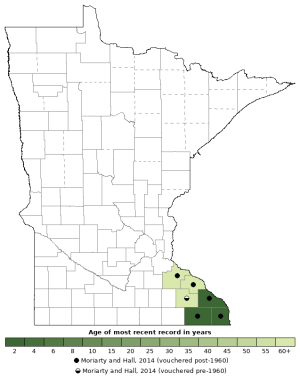 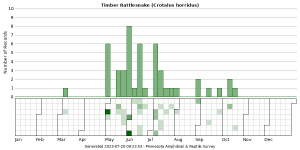 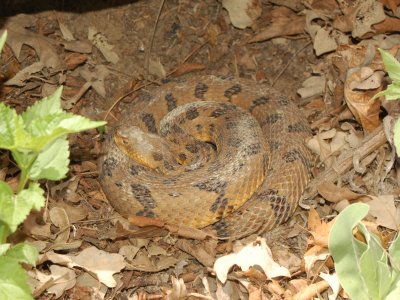 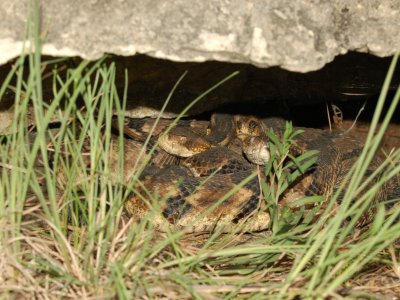