Description: 24 - 44 inches. Northern Water Snakes are gray to brown, with darker brown, reddish-brown, or black bands near the head that become blotches as you move down the body towards the tail. The pattern on adults may fade making it look solid black or brown. The belly is light colored with a combination of red and black markings that become darker near the tail. Some Northern Water Snakes may have a yellow or orange coloring on the belly with or without the red and black markings.

Comments: Most common along the Mississippi River and its tributaries. 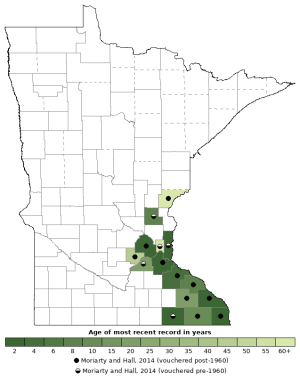 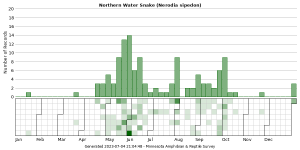 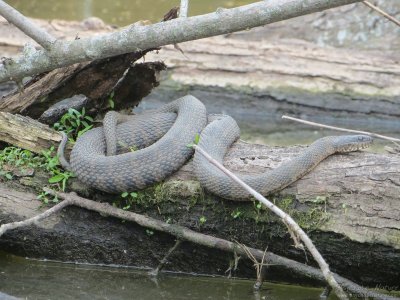 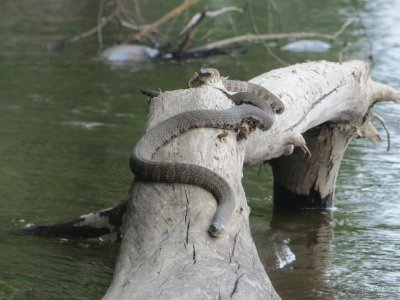 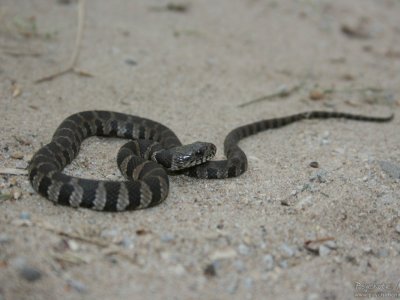