Description: 36 - 50 inches. Western fox snakes are light colored with dark brown to almost black blotches. The belly is light colored with a dark checkered pattern. The head of adults is often reddish-orange or copper colored which leads people to mistake them for Copperheads (which do not occur in Minnesota). Young Western Fox Snakes look similar to adults, but lack the reddish-orange head coloring.

Similar Species: Young Western rat snakes are very similar in appearance to young western fox snakes, but will have silver colored eyes, and blotches that are more jagged in appearance. Western Fox Snakes are often mistaken for massasauga rattlesnakes because of their pattern and willingness to wag their tail against grass and other ground debris to produce a rattle-like sound.

Comments: Western fox snakes are a river-valley species that are most frequently observed along the Mississippi River and its tributaries south of the Twin Cities, and along the Minnesota River. This harmless species of snake is great to have around the home has they feed frequently on rodents. 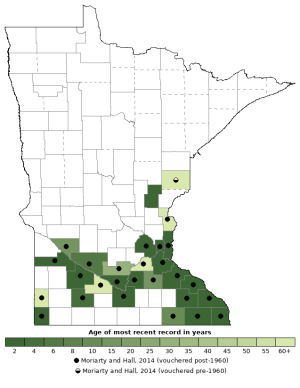 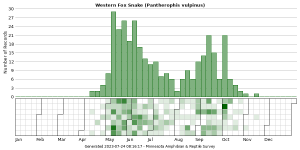 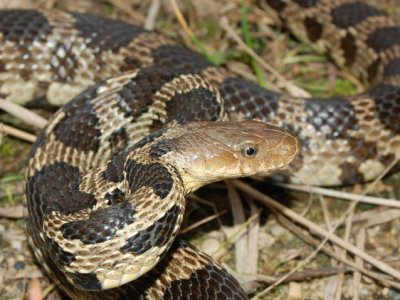 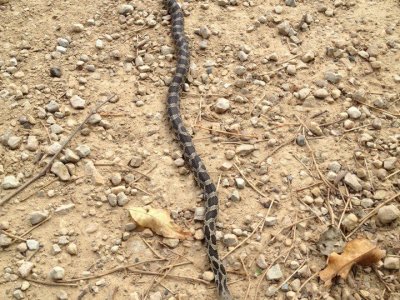