Description: 18½ - 30 inches. Massasauga Rattlesnakes are gray or grayish-brown with dark bands or blotches down the back. Blotches on the back become bands near the tail, which is tipped by a small rattle. The eyes have vertical, cat-like pupils and the head is shaped like a spade.

Similar Species: Timber Rattlesnakes usually have a rusty brown stripe running down the back, and have a black tail. Western Fox Snakes may be mistaken for massasugas due to pattern smiliarities, however foxsnakes lack a rattle. Many non-venomous species of snakes (including the fox snake) will vibrate their tail against grass and other ground debris to produce a rattle-like sound, but rattlesnakes will hold their tails off the ground while rattling them. All non-venomous snakes in Minnesota have round pupils.

Comments: There are no known populations of Eastern Massasaugas remaining in Minnesota. Please report suspected observations. 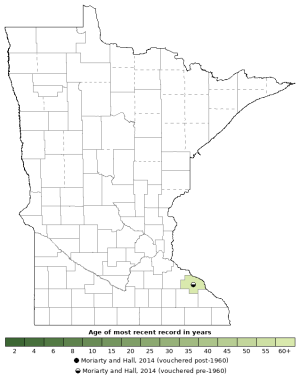 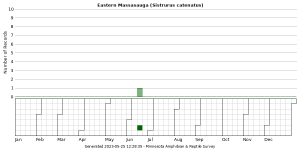 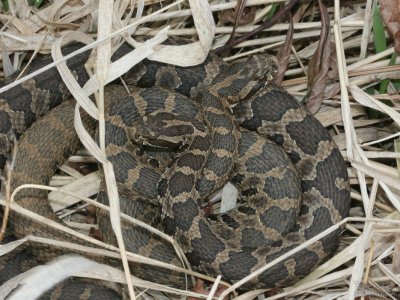 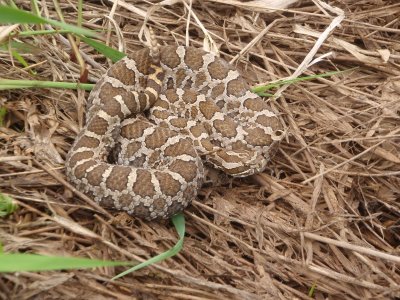 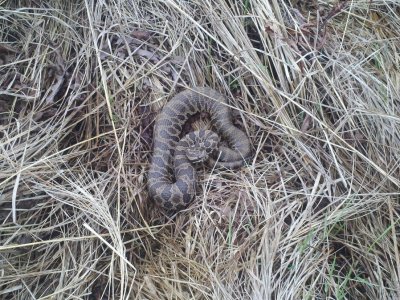