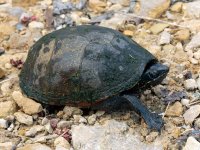 Description: 4 - 5 inches. Common Musk Turtles have a dark brown to black upper shell (carapace) with no markings. The skin is dark, and the heads have two light colored lines on each side. The bottom shell (plastron) is light colored and much smaller than the upper shell, and has skin showing between the scales.

Comments: Two specimens have been captured in Rochester, Minnesota. It is unknown whether these two individuals represent released pets or naturally occurring individuals. This species is suspected to occur naturally in the Mississippi River south of Winona, Minnesota. 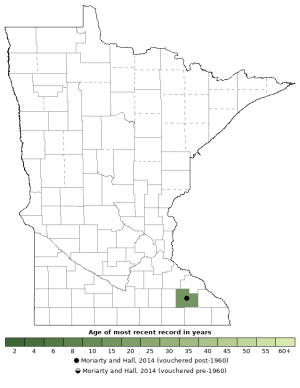 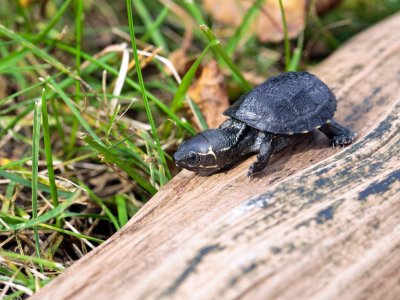 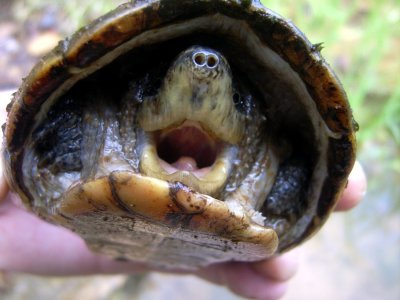 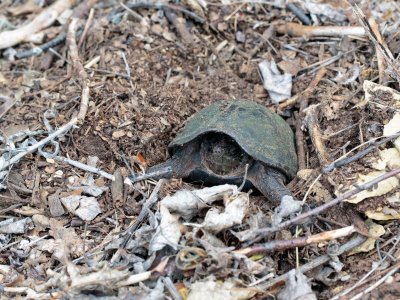